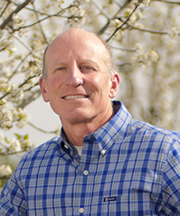 David was employed at the very young age of nine. He continued his employment through college, with various engineering firms involved in land surveying and development. At the apex of his engineering career, he supervised 9 men as the head (Chief of Parties) in the land surveying division of Warner Engineering. He went on to contract with firms as a freelance Party Chief. 1991-1994 he was a State certified Appraiser with the Merced County Assessor. His career took another turn when he opened a General Contracting business, accented by real estate sales and development. He earned the following designations during his years as a business owner: Licensed General contractor; Licensed Real Estate Agent; state certified Appraiser. 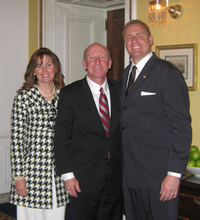 David has served his community as a Cub Scout Master, Baseball Coach, convalescent home volunteer, Central California Ministries Inc. Board Member, Chowchilla Athletic Foundation Board Member, Public speaker for Rotary, Lions, Kiwanis, Veterans, American Legion, NRA, Madera County Tea Party and various Churches and civic organizations. He was Director of Central California Men's Choir. He was honored by Rotary International as a Paul Harris Fellow, their highest award. He has served as the lead volunteer in over thirteen major construction projects for international and national missions.

In 1990, David and his family moved to Chowchilla, where he ran for elected office and served his community in the following capacities: two terms City Councilman, two terms Mayor and Mayor pro tem, City of Chowchilla, 1991-1998. Republican Central Committee; in 2010, he was elected Madera County Supervisor District #2.

David is an avid outdoorsman who loves to climb mountains, scuba dive, fish and hunt, go backpacking and sailing. Proficient with rifle and handguns, he is an expert archer and trains young archers in technique and hunter safety. 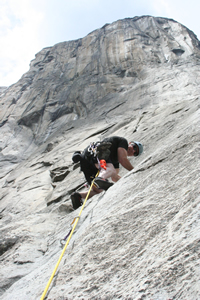 In 2016, David received the Iron Cross from Firefighters Local 2881. Veterans of Foreign Wars 9896 honored him with the Friend of the Veterans Medal in 2017 and in 2018, bestowed upon him their highest honor, that of Honorary Membership in VFW 9896, the only such honor ever given.

Here are the current Goals that I would like to achieve in the near future: